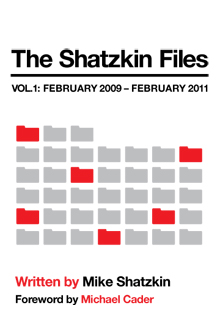 Mike Shatzkin is a widely-acknowledged thought leader about digital change in the book publishing industry. Mike has been actively involved in trade book publishing since his first job as a sales clerk in the brand new paperback department of Brentano’s Bookstore on Fifth Avenue in 1962. In his nearly 50 years in publishing, he has worked in all aspects of the industry: writing, editing, agenting, packaging, selling, marketing, and managing production. His insights about how the industry functions and how it accommodates digital change form the basis of The Idea Logical Company’s consulting efforts. In this volume you will find all two hundred and seven posts (covering February 2009 through February 2011) from, The Shatzkin Files, one of the most closely-watched ongoing commentaries on digital change in trade publishing. All posts have been re-categorized into topic specific chapters for this edition which also includes a new introduction by Mike Shatzkin and a forward by Michael Cader.